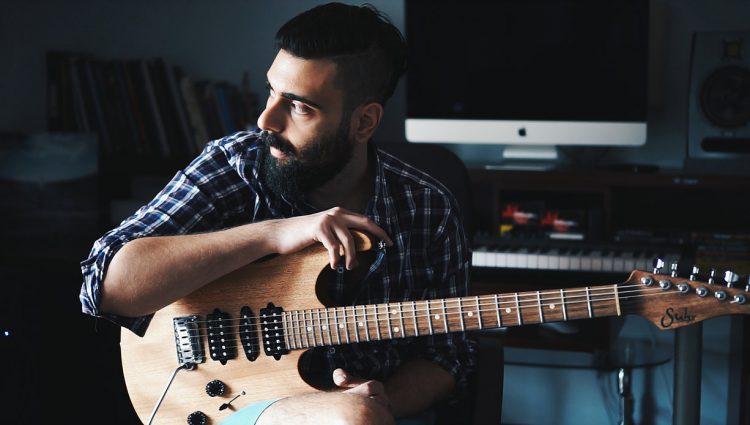 Bugra Sisman started playing guitar when he was 12. After taking guitar classes from Ceyhun Saklar, well known classical guitar composer, when he was 14 he went into Istek Belde Fine Arts high school. When he graduated from this high school’s music division in 2005, he got accepted to Middlesex University’s Ba Music Performance department.

While he was in Middlesex University, he worked with the famous guitarist, Timothy Walker. He also worked on performance techniques with Raeneda Machie. He had the chance to work with one of England’s famous composers Dr Francois Evans and Dr Peter Fribbins. In his college years he performed live in various venues in London. He graduated from college in the year of 2009.

He released his first single song called “Find Yourself“ in 2014 which is also available on Spotify and different music platforms. Year after his single, he released his first EP called “Until Now”.The album brought many success including different interviews and reviews on different websites such as Prog Sphere, The Moshville Times, Pasif Agresif, Progstravaganza, Perfect Prog, Project Daybreak and Let It Rock. It’s also available on Spotify, iTunes, Bandcamp and Youtube. The EP has broadcasted in various radio channels which led EP to be published in a magazine called Headbang.

In 2016, he played the lead guitars on the National TV program, he has also become the director of a music school, C.K Müzik. He also released a lesson package called “Sweep Picking Engineering”. While he continues his work on stage and studio, he also gives private and international Skype lessons. He’s also endorsed by Clayton USA whose known as one of the most well known guitar pick manufacturer in the USA. He played as an opening band for Greg Howe and Stu Hamm in İstanbul.